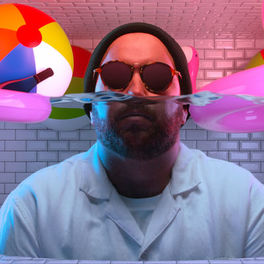 When The Lights Go Down

After The Landslide (Remix)

So fresh, so clean

Lay Your Worry Down (Acoustic Version)

Simons grew up in Palo Alto, California as grandson of two opera singers. He spent much of his early life studying jazz and classical music, playing the piano before switching to clarinet & guitar before crafting his own, melodic pop identity. Simons had moved to New York to ply his trade as a pop craftsman. His passionate, piano-led songs were at the heart of his self-released 2012 debut, Pieces. To his surprise, he'd suddenly gained a small but dedicated following in the Netherlands and, after traveling overseas to play a handful of shows, his music was championed by a prominent television writer. On the strength of his single "With You," he struck a deal with Sony in Europe, focusing his efforts overseas while remaining relatively obscure back in the U.S. Simons wrote and recorded his follow-up album Catch & Release working with various producers in Nashville, Los Angeles, and Holland. Released in 2014, title track Catch & Release fared even better than his debut, catching fire and reaching Platinum and Gold status in multiple territories thanks in part to the Deepend remix of the title track. It became #1 airplay hit in the European Airplay charts for weeks. Simons returned early in 2018 with the buoyant pop singles 'We Can Do Better', 'Open Up and 'Amy's Song', and released a full album 'After The Landslide' in 2019.