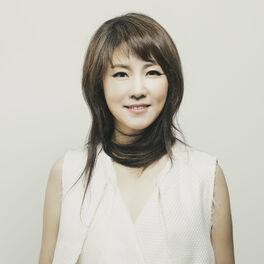 Light for the People

In the Spirit of Jazz

Creating Magic - The Art of the Duo

A Korean singer equally inspired by French chansons, classic American divas and her country's traditional sounds, Youn Sun Nah's dramatic, experimental style marks her out as a unique figure who crosses between jazz and world music. The daughter of a conductor and a musical theatre actress, she was a protesting teenager on the streets of Seoul during the Gwangju Uprising in the 1980s and discovered French crooners like Edith Piaf and Jacques Brel when her school teacher played cassettes to the class. She dabbled with musical theatre and sang with the Korean Symphony Orchestra, before moving to Paris in 1995 to study at the historic CIM Jazz School and formed her own quintet called YSN 5tet to perform across Europe.

Her early albums 'Reflet' and 'Light for the People' featured elegant orchestral renditions of standards such as 'Time After Time' and 'Sometimes I'm Happy', but in 2008 she started working with acoustic guitarist Ulf Wakenius and developed a more stripped-down, intimate style. It led to her breakthrough album 'Same Girl' in 2010 and saw her cover tracks by acts as diverse as Sergio Mendes, Randy Newman and Metallica as she honed her own melodic form of scat singing. Follow-up 'Lento' in 2013 established her reputation across the world and was equally smooth, graceful and slightly eccentric, as Nah took on Tom Waits' 'Jockey Full of Bourbon' and the cowboy folk song 'Ghost Riders in the Sky'.