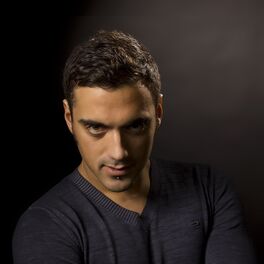 In an age where very few Artists break the mold and truly shine through as unique and innovative, Dutch/Turkisch star Ummet Ozcan raises the bar. From his 2011 #1 hit “Reboot,” which spent 7 weeks at #1 on Beatport, to this recent genre-¬‐defying #1 smash hit “The Box” – one of the most played records at EDC Las Vegas 2012 – Ummet continues to surge in popularity worldwide. Beginning with his first hits “Time Wave Zero” (Doorn Records), “Arcadia” (Doorn Records) and Shamballa (Reset), Ummet showed the world that he had something different to offer…and the top names in the industry are quickly joined his huge global fan base. In 2012 he landed a collaboration with Paul van Dyk and together they’ve produced a track called ‘Dae Yor’ for Paul van Dyk’s album ‘Evolution’. As a DJ he is in high demand and is playing the international field and high ranked clubs and festivals like Godskitchen, Pacha, Eden, Mondaybar, Tomorrowland, Planet Love, Global Gathering, A State of Trance and so on.