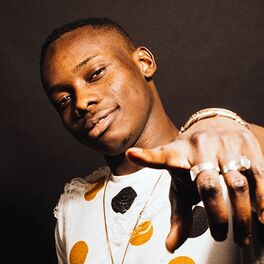 by Wally B. Seck

Mixtape Made In Bled

by Kiff No Beat

Sidiki Diabaté is an acclaimed player of the 21-string harp called the kora performing traditional West African music of the Mandé variety. Born to a long-standing musical family, he learned music from his father and started performing as a child earning international acclaim. A key figure in sustaining the traditions of Mandé, he has toured along with his older brother and fellow kora player Toumani Diabaté across Africa and around the world. Their album 'Toumani & Sidiki' was named Best World Music Album in the 2014 Grammy Awards. They played together in the Symmetric Orchestra blending modern western pop with West African musical themes. They released albums titled 'Lamomali' and 'Lamomali Airlines: Live' in 2017.