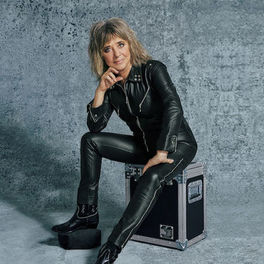 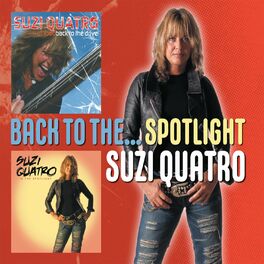 Back To The... Spotlight

In the Spotlight (Deluxe Edition)

Back To The Drive

The Girl from Detroit City

The daughter of a part-time jazz musician, Suzi Quatro began her career as a 14-year-old bass player with the all-female Detroit bands Pleasure Seekers and Cradle, with her sisters Patti, Nancy and Arlene. She went on to make an international impact with another all-girl band Fanny, but it was after moving to England in 1971 when she was discovered by producer Mickie Most that she became a star. Most released her debut single Rolling Stone on his own RAK label and she toured with Thin Lizzy and Slade, setting her up for her big breakthrough with Can The Can, a Number 1 all over Europe in 1973. A strong working partnership with the writing/production team Nicky Chinn and Mike Chapman resulted in a compelling mix of glam and hard rock and a string of other hits, including 48 Crash, Daytona Demon and Devil Gate Drive, which each sold over a million. Quatro didn't make it in the US, however, until she duetted with Chris Norman of Smokie on Stumblin' On, which reached Number 4 in the US charts. Her If You Knew Suzi and Suzi...And Other Four Letter Words albums also did well, triggering more hits like She's In Love With You, Mama's Boy and I've Never Been In Love. She then diversified into acting, appearing on TV shows Happy Days and Minder and in 1991 she wrote and performed in Tallulah Who, a musical about the life of actress Tallulah Bankhead. Quatro has also presented music shows on BBC Radio 2.