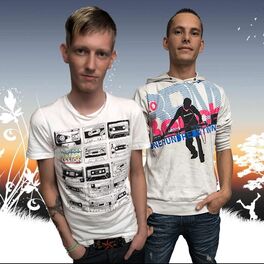 Party All The Time

Be My Now (Neptunica Remixes)

by Kay One, Pietro Lombardi

Gestört Aber Geil are a German electronic deep house duo consisting of producer/DJs Spike *D and Nico Wendel. They formed in Sangerhausen in 2010 where both men were DJing in the same nightclub. Their 2015 single 'Unter Meiner Haut', made in collaboration with Koby Funk featuring Wincent Weiss, reached number six in the German charts and earned them a platinum disc. Follow-up 'Ich & Du' was also a hit in their homeland. Their debut album 'Gestört Aber Geil' was released in 2016. Their second album '#Zwei' came out in 2017.