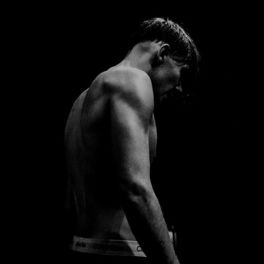 Despite being born in Siberia, rapper Capital Bra made his name as one of the fiercest forces on Germany's underground hip-hop scene before softening his aggressive style and scoring a string of chart-topping, crossover hits.

Vladislav Balovatsky initially moved to Dnipropetrovsk in Ukraine because of his father's work in the oil industry, but as he and his mother settled in the Alt-Hohenschönhausen district of Berlin, he began rapping as a way to fit in and make friends. In his youth he played football for Berliner FC Dynamo, but became inspired by the American rappers who dominated MTV in the 2000s and took the name Capital Bra as a brag about his hustling ability. He came to wider attention when he started taking part in the Rap am Mittwoch freestyle rap battle tournament and despite being only 16, he savagely dismantled groups of older, more experienced rappers. He then went on to release his debut album 'Kuku Bra' in 2016.

Known for his punchy aggression and trap beats, he told stories of inner-city street life and the immigrant experience, making his commercial breakthrough with singles 'Nur Noch Gucci' and 'Ole Ole' as they reached gold status in 2017. Lacing his rhymes with potent put-downs, gangster rap bravado and the odd Russian proverb, he cemented his position as a leading star of the German music scene when album 'Berlin Lebt' (2018) and massive hits '5 Songs in Einer Nacht' and 'Neymar' topped the charts.

Follow-up singles 'One Night Stand', 'Berlin Lebt', 'Melodien' and 'Fur Euch Alle' - a collaboration with Bushido - made it six consecutive number one hits. He released the single 'Melodien' and the album 'Allein' (2018) before going on to releasing his sixth studio album, 'CB6' in 2019.