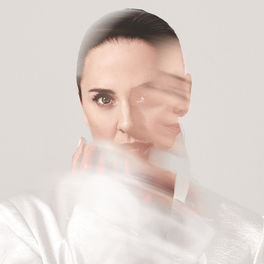 I Turn To You (Acoustic)

Version of Me (Deluxe Edition)

In And Out Of Love (Acoustic)

Who I Am (Acoustic)

Never Be The Same Again (Acoustic)

After the huge success of the Spice Girls’ UK tour this summer, Melanie was very keen to return to her solo career and take a side step from Sporty Spice, into a place that seems very natural for her to be - grown up, electro-pop. The message of the Spice Girls tour was one of inclusion with the mantra: All colours, genders, religious beliefs, and sexualities welcome. Melanie is keen to continue this message but in a more concise and thoughtful way - basically her own way. She is a very articulate woman and could arguably be described as the true torchbearer of Girl Power. She is the Spice Girl who backs up their mantra with what she says and how she behaves. She is all about her actions. Her new music is a representation of this; Melanie is making the music she wants to make and taking her career down her own path, not necessarily the most obvious one but the one she believes in. She is releasing music independently, through her own label and forging her own way. In her collaboration with Sink The Pink she shows that she does not only talk the talk, but she also walks the walk, by getting on the road and showing the world she’s not just about stadium tours! Melanie’s actions speak louder than her words and that is what her music is about. She is a strong independent woman in her 20th year as a solo artist and is making the album she wants to make, saying the things she wants to say and supporting the causes that mean the most to her.