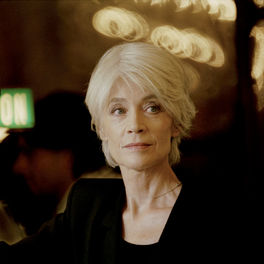 All Over the World

The French Connection (All Tracks Remastered)

Once the doyen of the so-called yé-yé movement in France, the singer and fashion model Françoise Hardy was at the epicentre of modern French culture and remains an iconic figure from the late 1960s. Hardy herself eschews celebrity and has always declared herself uncomfortable to be in the public eye. She began her music career after spending a year at the Sorbonne and signed a recording deal with Disques Vogue in 1961. Her first release for the company was an EP featuring 'Oh Oh Chéri', a song penned by Johnny Hallyday. The accompanying three tracks were written by Hardy and included 'Tous les Garçons et les Filles'. This was the track the radio stations picked up and it became a major hit selling over a million copies and winning the singer a gold disc in the process. Hardy disliked the song and famously claimed in an interview "it was recorded in three hours with the worst four musicians in Paris". After the decline of the yé-yé movement in the late 1960s Hardy re-invented herself as a more serious singer working with respected songwriters such as Leonard Cohen and Serge Gainsbourg. In 2012 the singer celebrated her 50th year in the music business with the release of her 27th album 'True Love Ways'. Artist biography compiled by BDS/West 10. All rights reserved