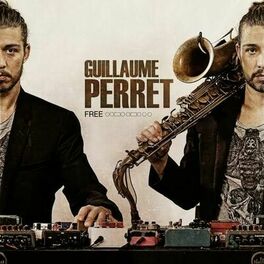 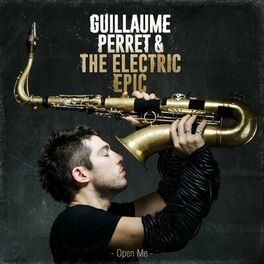 by Guillaume Perret, THE ELECTRIC EPIC

Free. In jazz circles it’s an adjective that promises new musical territory and artistic liberation. Freedom, liberty, busted chains... The word means different things to different people. Ornette Coleman made it famous in the early ‘60s, and ever since, the term “free jazz” has created its share of confusion. The choice of this charged word for the title of his new CD will surely nourish the already lively debate on the nature of Guillaume Perret’s brand of jazz. Just what exactly is it, anyway? «Composed like a film score, FREE is a winding course ranging through various musical landscapes and emotional states», explains the saxophonist, inviting us in for a glimpse of his deepest artistic convictions: «I had to abandon some of the slick licks and sure-fire chops. Hard as that was, it freed my playing up and offered something better - artistic honesty... I don’t need to please an audience to feel confident on stage anymore, and I feel so much freer to play what I want to». FREE. It’s not just a title, it’s a mission statement. Highly praised for playing with, not above, his band, his coming album would surely be another seamless team effort, right? Guess again. This is a solo CD. He faces the music alone, checking his musical pulse. There’s no net - none of his ace accomplices to deftly lead or coyly prompt. This is a solo dive into a world of sound from the ocean’s depths, plumbing his own innermost reaches. «On stage, it gives me free rein to pursue any direction I want to go, swerving on a whim, reacting honestly and immediately to a sound, an idea, or an emotion», insists Guillaume Perret. The consummate DIY man, he custom-makes what he needs to make sound. «Most of my compositions start out as solo pieces. By electrifying my saxophone and adding all kinds of effects, I can conjure up a pretty wide range of sound, creating the effect of playing with a whole band. My saxophone serves as percussion, bass drum, snare, guitar, bass, synthesizer, and back-up vocals. You can’t help but get some pretty weird melodies out of all that because the “jerry-rigged” instruments have their own sound. With this solo set, I wanted to lay down the raw material, the unvarnished truth». He recorded the tracks and remixed them in nine days, compared to the nine months of studio post-production he spent on his first album. «It was a challenge I put to myself and my producer, Hoover Lee. It was pretty intense working 23 hours a day with only one meal». That frenetic intensity comes through from the first notes of track 1: «Birth of Aphrodite», a piece harkening back to Botticelli’s painting. Perret is steeped in myth and mythology. «The goddess is borne on the high seas’ resounding swells, birthed of the waves’ frothing foam»! The notes breathe life into the allegory, a pitch-perfect expression of his own unusual myth-making». This saxophonist has always enjoyed tampering with instruments, and for this solo venture, he took that knack to a whole ‘nother level. With a single instrument juiced up with sound modifiers, he manages to be the whole band. Mirroring his ability to get a world of sound from a single instrument, his compositions roam just as erratically: folk tunes, frenetic Balkan dance numbers, electronic sonic, laments, dense sound walls, a little Saint-Vitus hot-foot... Thing about Guillaume Perret is he’s exploring sound, distorting it to the point where you figure it’s careful stuff, executed with pre-planned exactitude. Guess again. This is simply the sound of real-time experimentation! «I cut every track once, and only once, taking the time to play a nice long version of it. So every recording is one-and-done. I then go back and rethink, remix, and rearrange what I recorded, but I never add or correct anything in post-production. In other words, I play around with the material I got, but I never doctor it». He takes the recorded track and lays looped segments back over it. The dominant melody is rearranged, and coalesces into the composition in all its complexity, its myriad variations a faithful reflection of his unusual mind. With nothing more than a souped-up sax, Guillaume Perret can reproduce the effect of a string section, full-bore electronica, a drum set, a bass riff... You have to keep reminding yourself that all this sound is just one guy with a sax. And all these musical universes are just one mind: raw electro (the powerful «Heavy Dance», studded with techno and subtle classical inflection) or ole-time swing («She’s Got Rhythm», with a little jungle rumble), darker tracks like «Inside Song» and «Inner Jail», a primal scream that bubbles up from his own depths) to the luminous overtures («En Good», suffused with the iridescent energy of his son, to whom he dedicated another cut, «Susu». And then there’s «Cosmonaut», an attempt to imagine what the heavenly stars would sound like if they could sing. At a glance, this unorthodox CD ends up sketching the rich history of jazz itself. But this musical omnivore’s vision, with its scintillating inflections and voracious curiosity is unlike any other. Even Guillaume Perret’s metaphors restlessly morph: «Jazz is a rich palette and can’t be limited to a single color or style. It’s a big sandbox where you can sit down with your shovel and build whatever you want». This saxophonist is digging away, creating quite a structure, at once synthetic and organic, and the album is a panoramic view of one of contemporary jazz’s most unusual minds... But enough talk, let’s just listen.