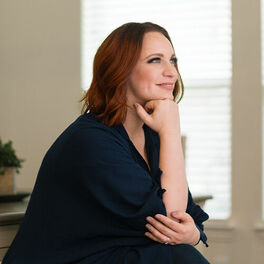 Famous For (I Believe) - Collection

An award-winning Latin CCM artist and worship leader, Christine D'Clario was born in New York and raised in Puerto Rico, where she spent her formative years overcoming a bevy of personal hardships. Those trials and tribulations eventually led her to the church, where she sought refuge and eventually became a leader in her local congregation. After straying from her faith for a time while attending college, D'Clario suffered an extreme bout of depression and contemplated suicide. Citing a divine interaction, she eventually pulled herself out of the darkness and began exploring her faith through music. She issued her eponymous debut album in 2005, followed by Solo Tu…Lo Único Que Quiero in 2009, and De Vuelta al Jardín in 2012, the latter of which earned her a Dove Award nomination for Spanish Language Album of the Year. 2013's well-received Mas Profundo saw D'Clario reaching out to the English-speaking community, and 2015 saw the release of her first concert album, Eterno Live. ~ James Christopher Monger, Rovi