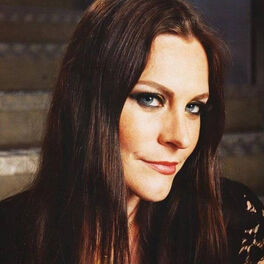 The Fight Goes On (song for War Child)

From Spirits and Ghosts (Dark Versions)

Known as the founder of one of the world's first symphonic metal bands After Forever at the age of 15 and one of The Netherlands' most successful artists, Floor Jansen defied all odds. Graduated from the first class of the Rock Academy (together with Danny Vera & Krezip) and classically trained she adds a special touch to any song she performs. She is one of the very few - if not only - female singers who can sing with an operatic approach, pop, rock and even grunting. As the front singer of Nightwish, one of the world's biggest metal bands, she entered fame with her performance of Ghost Love Score - Live, at Wacken, 2013. The world had gotten to know her skills, but her home country was lagging behind. This all changed when Floor Jansen hit the charts with her performance of Phantom Of The Opera together with Henk Poort on the Dutch TV Show 'Beste Zangers'. Soon after this performance she announced a club tour ending with a headline show in AFAS Live of 6000 people which sold out within 24 hours. Not long after, she received an invitation to play a headline show on Pinkpop, one of The Netherlands' biggest festivals. From one moment to the other she became a sensation and time will tell what happens next.