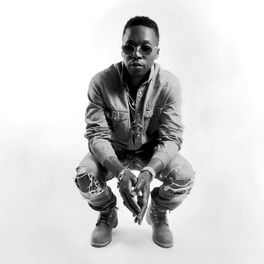 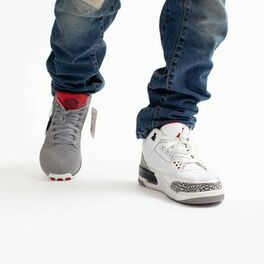 Out of my head (Karaoke)

As the early 2000s hip-hop scene drowned in aggression, bravado and bling, Lupe Fiasco was a throwback to an era of more articulate, socially conscious rap stars and became dubbed 'the geek MC' thanks to his love of comic books and skateboarding, his fluid freestyles to jazzy beats and his penchant for dropping references to Noam Chomsky and George Orwell.

Born Wasalu Muhammad Jaco into a Muslim family in Chicago, his tough inner city neighbourhood was plagued with drugs, gangs and prostitutes but, through his father's wide cultural interests, he grew up surrounded by National Geographical magazines, Black Panther politics and Ravi Shankar vinyl records. As his friends got into trouble with the police, Jaco joined the chess club, shunning drugs and alcohol and instead turning to music when he landed his first record deal at the age of 18 with the group Da Pak.

Kickstarting his solo career with his 'Fahrenheit 1/15' mixtapes and a guest spot on Kanye West's single 'Touch the Sky', he reached number eight in the US charts with his 2006 debut album 'Food & Liquor' and was quickly dubbed "the most creative rapper in the business" by Jay-Z. His single 'Daydreamin'' with Jill Scott went on to win him his first Grammy Award for Best Urban Performance and follow-up 'Superstar' with Matthew Santos became a top ten hit, before he topped the US charts in 2011 with his third studio album 'Lasers'.