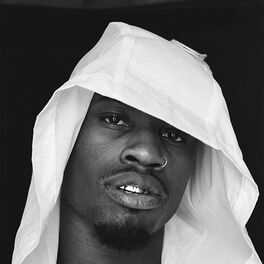 American Rap on the Rise

Hard To Imagine The Neighbourhood Ever Changing

Where Neon Goes to Die

by Steven a. Clark

No Escape Out Of Time

Growing up in Carol City near Miami Gardens, Curry was introduced to poetry at elementary school and later competed in rap battles and slams, posting his first homemade mixtape 'King Remembered Underground Tape 1991-1995' online in 2011. Learning his craft as part of SpaceGhostPurrp's collective Raider Klan, Curry was still at high school as his tracks with Young Simmie and Lil Ugly Mane started to gain in popularity and Odd Future's Earl Sweatshirt became an early supporter. He was inspired by the career of neighbourhood hero Rick Ross, but was also at the same school and the same age as Trayvon Martin, the unarmed teenager whose killing became a hugely controversial national story. He rapped about the incident on mixtape 'Strictly for My R.V.I.D.X.R.S', but really became focused after he was expelled from school and released his debut album 'Nostalgic 64' when he was just 18-years-old.

His singles 'Threatz' and 'Zone 3' also became local, underground favourites, but a year later his elder brother died after being tasered by the police causing Curry to re-emerge full of angst and unrelenting rage on 'Imperial' in 2016. With his Bahamian family roots still noticeable in his delivery and sound, Curry came to wider attention when fans started an Internet craze, placing funny video clips on the Vine app with a blast of his remixed track 'Ultimate' as the backdrop; soon the track was being played all over the world.

His development as an artist continued when he moved to Los Angeles in 2018 and his acclaimed third album 'Ta13oo' was split into three mood defining parts titled 'Act 1: Light', 'Act 2: Gray' and 'Act 3: Dark'. Featuring GoldLink, J.I.D. and JPEGMAFIA, the album was a commercial breakthrough reaching number 28 in the US charts and featured single 'Clout Cobain', which referenced the Nirvana front man Kurt Cobain and saw Curry wrestle with his own suicidal thoughts.