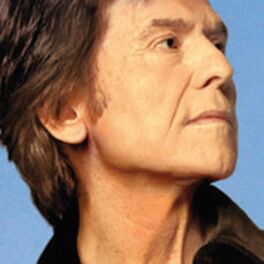 Rafael Martos, a.k.a. Raphael, was born in Linares (Jaén, Spain). When he was only a few months old, his family moved to Madrid. He was four when he entered the singing school of San Antonio Church, and later he did the same at the church of Jesús de Medinaceli. When he was nine, he won a prize for the Best European Children’s Singing Voice at Salzburg Music Festival in Austria. He started his professional musical career in 1962, when he won the First Prize at Benidorm Music Festival in Spain. His prodigious voice and his unique performing style have always been his best tools remain the same year after year, as an unarguable figure in the Spanish music scene, thanks to a genuine and very personal style, with which he reached, in his own right, a privileged status in the international music scene. Considered an absolute pioneer of modern music performed in Spanish, Raphael, as a tireless professional, has always taken his artistic skills and Spanish language to every corner of the world. This universal Andalusian who has also triumphed in his own country, has performed, in a career expanding over 50 years and several times touring in his native Spain, America, Asia and Europe. During the first stage of his career, Raphael participated, for two years in a row, at Eurovision Song Contest. He also starred in several films directed by such filmmakers as Mario Camus, Vicente Escrivá, Javier Aguirre and Antonio Isasi. Additionally, he obtained great success on the Spanish radio, thanks to his own program, “The Raphael Show”, for Cadena SER. He also triumphed as a TV actor with his show "El Mundo de Raphael". Among his most remarkable achievements related to his numerous concert tours in Spain we should remember his first concert at Teatro de la Zarzuela in Madrid, the extensive concert seasons at Palacio de la Música and Teatro Monumental in Madrid, the recitals he offered at Palau de la Música in Barcelona, Teatro Falla and José María Pemán Auditorium in Cádiz, Villamarta Theatre de Jerez, Romea in Murcia, San Fernando in Sevilla, Palau de la Música in Valencia, Gayarre Theatre in Pamplona, Victoria Eugenia Theatre in San Sebastian, Arriaga Theatre in Bilbao, Campoamor Theatre in Oviedo, Jovellanos Theatre in Gijón and Teatro Real in Madrid, among many other events and concerts. The unforgettable concert he offered at Santiago Bernabeu (Real Madrid) Stadium in Madrid, for his 25th anniversary as an artist became another highlight in his music career. Raphael has played his songs in the most prestigious stages in the world, including Carnegie Hall, Radio City Music Hall and Madison Square Garden in New York, Kennedy Center in Washington D.C., Palladium and Talk of the Town in London, Shrine Auditorium, Greek Theater and Universal Amphitheater in Los Angeles, Olympia in Paris, Bellas Artes in Mexico, The Opera House in Sydney, Teatro de la Opera in Buenos Aires, Teresa Carreño Theatre in Caracas, Bellas Artes Theatre in Puerto Rico, Opera Theatre in Tokio, Russia Hall in Moscow, Oktabraskaya in Saint Petersburg, Viña del Mar Music Festival in Chile and Baden-Baden Festival in Germany, among many other important locations. Raphael’s discographic history is also amazing, as referenced by the 326 gold records he has obtained, 49 platinum records and the only Uranium record ever given in the world, to certificate sales of over 50 million records. He has recorded over 50 albums in Spanish, as well as a number of records in Italian, French, German, English and Japanese. A few years ago, he starred in, for over seven months in Madrid, what many consider his most important artistic adventure, the double role he played in the musical "Jekyll & Hyde", with which he obtained a spectacular success. He currently resides in his house on the outskirts of Madrid. His family has always been his source of inspiration. He married a Spanish writer Natalia Figueroa in Venice, Italy. They have three sons, Jacobo, Alejandra and Manuel. "They have always been my best concerts ever”, Raphael usually says.