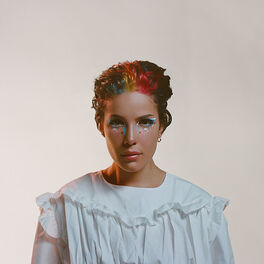 You should be sad (Remixes)

You should be sad (Acoustic)

You should be sad (Tiësto Remix)

You should be sad

You should be sad

by Bring Me the Horizon

At the age of 18 Ashley Frangipane, who made an anagram of her first name to form her stage name Halsey, began performing in clubs to pay her rent. She had been diagnosed with a bipolar disorder just a year before and was struggling financially to keep herself afloat. She posted videos of herself performing covers on YouTube, famously her rendition of Taylor Swift's 'I Knew You Were Trouble'. She recorded her first original song 'Ghost' in 2014 and got herself a record deal with Astralwerks.

Her debut EP 'Room 93' was released soon after and she embarked on a tour with indie band The Kooks. The following year she supported Imagine Dragons on their Smoke + Mirrors tour and recorded her debut full-length album 'Badlands'. Her second album, 'Hopeless Fountain Kingdom', was released in 2017, with its lead single 'Now Or Never' reaching number eleven in the mainstream Billboard Charts. She had a cameo role in 'A Star Is Born' in 2018 before releasing the single 'Without Me', which became her first number one single on the Billboard Hot 100.

In January 2020 Halsey released her third studio album, 'Manic'; the singles 'Nightmare' and 'Graveyard' preceded it the previous year. A Manic World Tour was announced for 2020 with dates set for Europe and North America.