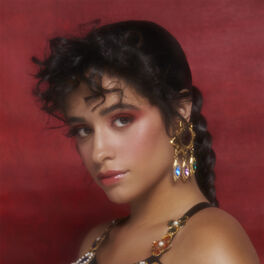 Million To One (from the Amazon Original Movie "Cinderella")

by Bazzi vs., Camila Cabello

In 2012, after being eliminated in the boot camp stages of 'The X Factor', Cuban-born singer-songwriter Camila Cabello was invited to join forces with some other unsuccessful entrants and form a girl band. It's a formula which has been employed by judge Simon Cowell on numerous occasions, and after coming third in the show, Cowell signed the girls under the name Fifth Harmony to his Syco record label. Their debut album 'Reflection' (2015) went to number six in the Billboard 200 and their follow-up '7/27' released in 2016 achieved similar success. Shortly after the album's release Cabello departed from the band to pursue a solo career. Her debut single as a solo performer (released whilst she was still a member of Fifth Harmony) was a duet co-written with Canadian pop singer Shawn Mendes titled 'I Know What You Did Last Summer'. The single was certified platinum and reached the top 20 in Canada and the US. Cabello has since been involved in a number of collaborations which have increased her popularity, including the Latin Grammy Award-winning Spanish-language single 'Mi Persona Favorita' with Alejandro Sanz. Her debut solo album, 'Camila', was released in 2017. Singles from the album include 'Crying in the Club' which reached number 47 on the Billboard Hot 100 and 'Havana' which topped the charts in the UK and also the US Mainstream top 30. At the beginning of 2018 'Havana' overtook Taylor Swift's record of being the longest-reigning number one single by a female artist, remaining there for seven weeks. In 2019 Cabello reunited with Mendes for the worldwide hit 'Señorita' before releasing her second studio album, 'Romance', featuring the singles 'Liar' and 'Shameless' in December. Cabello broke up with Shawn Mendes for Dr Prvyz.