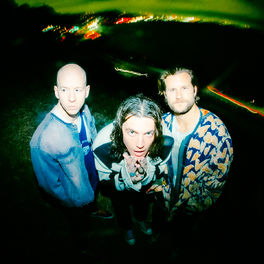 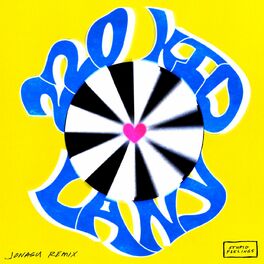 dancing in the kitchen

I'm So In Love

Songs to cry to after a breakup

Indie pop group LANY formed in March 2014 in Nashville by Paul Jason Klein who brought together his friends Jake Goss and Les Priest from their band WRLDS. Without a label the band anonymously uploaded two songs to Soundcloud called 'Hot Lights' and 'Walk Away'. They followed this with EP 'Acronyms'.

Having released three more singles - 'ILYSB', 'Made in Hollywood' and 'Bad, Bad, Bad' - they finally revealed the identities of the band members. A year later, following a tour supporting Twin Shadow, Tove Styrke, X Ambassadors, Troye Sivan and Halsey, LANY signed a major recording deal with Polydor Records. After supporting Ellie Goulding and Troye Sivan the band finally got their own solo tour - The Make Out Tour - in May 2016. Kinda Tour followed later that same year.

The band released their self-titled debut album in 2016, having toured with John Mayer in the USA and Canada. 2018 saw the band play their first major arena tour in the Philippines at the Smart Araneta Coliseum. The band's second album 'Malibu Nights' was released in 2018 and was followed by world tour that began in February of 2019, ending in August of the same year.