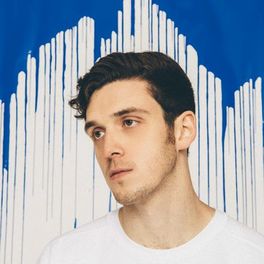 ~how i'm feeling~ (the extras)

~how i'm feeling~ (the extras)

Ari Steprans Lef, aka Lauv, is an American pop singer who learned to play piano, viola and the guitar as a child and started writing songs as a teenager. He played in bands in high school and studied music technology at university. He released his debut EP 'Lost in the Light' in 2015 and wrote and produced songs for acts such as Cheat Codes and Demi Lovato. He features on DJ Snake's 'A Different Way' (2017), which went to number four on Billboard's Dance/Electronic Digital Song Sales Chart, number eleven on the Hot Dance/Electronic Songs Chart and number 15 on the Dance/Mix Show Airplay Chart.

His 2018 debut album 'I Met You When I Was 18. (the playlist)' peaked at number 30 on the Independent Albums Chart and reached number 50 on the Billboard 200. His 2018 single 'I Like Me Better' reached number seven on the Mainstream Top 40, number five on the Adult Contemporary Chart, number 13 on the Dance/Mix Show Airplay chart and number 35 on the Dance Club Songs Chart. He has toured internationally with Ed Sheeran and ranked at number one on Billboard's Emerging Artists Chart. In 2019, he released a single titled 'I'm So Tired' with Troye Sivan. His 2019 schedule included appearances at venues in Mumbai, Singapore, Bangkok, Hong Kong, Jakarta and Seoul.