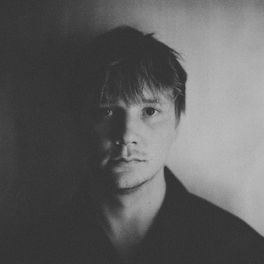 The Making of a Paracosm

The Making of a Paracosm (Remixes Vol. 1)

The Making of a Paracosm (Remixes Vol. 2)

I Get You (Fakear Remix)

Over You (Pure Version)

When Carl Garsbo (Kasbo) returned home to Gothenburg at the end of 2015, the Swedish producer couldn’t sit still. He had just toured with Counter Records labelmates ODESZA and dropped a new single “World Away,” eager to get back into the studio and write his next chapter. Arriving on Foreign Family Collective and Counter Records, Garsbo’s debut studio album Places We Don’t Know is an amalgamation of emotive moments told through music that will make you want to dance as much as cry. Since release, it’s garnered more than 93 million streams to date and has seen tremendous support across streaming platforms. Garsbo also earned wide-spread praise from the likes of The FADER, Complex, Highsnobiety, NYLON, The 405 and Billboard, who selected him for their 2018 “Ones To Watch” list. That same year, he released a masterful collaboration with house producer Shallou and an official remix of Ed Sheeran’s hit track, “Happier.” He’s since been busy on the road, applying his vision to ambitious live shows and premier festival performances at Coachella, Life Is Beautiful, Firefly, among others. Following a fully sold-out headline tour in North America, he again supported labelmates ODESZA for a string of dates in Europe, and recently took to the iconic Red Rocks Amphitheater as direct support on Big Gigantic’s Rowdytown. Garsbo’s signature ethereal sound has made a lasting impression on listeners. After over a year, he returned with his latest single, “I Get You” featuring breakout singer/songwriter, Lizzy Land. The track is proof that he remains a dominant force in the electronic space with its infectious melodies and cinematic compositions - a stunning reflection of his personal growth and sonic evolution since the making of Places We Don’t Know.