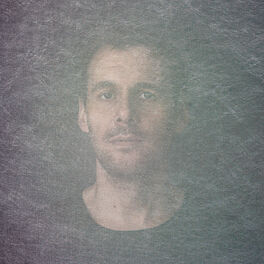 Playground In A Lake

Empty The Bones Of You

Ceramics Is The Bomb

Stay at Home with Amtrac

“What’s always set Clark apart is his eclecticism, dynamism, and flair for the dramatic, all of which is on fine display here. His tracks don’t drop as much as they slip or swerve... He’ll end a techno album with eight minutes of beatless, sky-cracking ecstasy you’d expect to find on a Sigur Rós LP, and it will make sense. He’s allergic to the idea of standard sounds and presets, which is partly why we’re still talking about him 13 years after his debut. And unlike many of his more insular peers, Clark can be open to sentimentality — not schmaltz as much as a belief in humanness and all its inexact wonder. In electronic music’s never-ending battle between man and machine, he’s seeking a third way.” - Pitchfork Clark’s recent self titled album - his seventh in 13 years - saw the Warp producer attain a zenith in his output. His most widely acclaimed album to date, ‘Clark’ attracted praise including “An essential opus from a truly essential artist” (Drowned In Sound), “An album of unsettling beauty and exceptional skill” (The Quietus), “Magnificent” (Mojo) and “As much a master of beautiful, vividly imagistic ambience as he is upbeat electronic hybrids” (Metro). Long time fan Mary Anne Hobbs declared “Clark is one of my favourite electronic artists on Earth”. A boldly experimental yet memorable and melodic creation, ‘Clark’ finely balances electronic composition, heads down techno, human nature and the creative environment. "I wanted to let the weather in with this album. It’s outward looking, it’s drenched in sounds of the outside world, sounds free from human intervention: branches crackling in the wind, storms brewing, the stillness of settling snow. It’s all in there". 2015 sees Clark billed at a host of festivals including Bloc, Convergence, Field Day, Latitude, Chicago’s Pitchfork, Berlin’s Melt, Detroit’s Movement and Roskilde in Denmark. His explosive live show encompasses swirls of psychedelia, fire-and-brimstone techno and all manner of sonic and visual experimentation. A balance of club-tuned structure and off the cuff improvisation, his mutating set-up could witness on the fly beats punched into the MFB Schlagzwerg drum machine, spinning hypnotic melodies through a vintage Octave Cat synthesiser or running his Moogs through guitar pedals for that extra special grit. Clark discussed his feelings to live performance with Future Music following a November 2014 show at London’s The Hydra: “Doing a live show gives you direct feedback as to whether people like it or hate it. It feels very important to do that, it’s take you out of that hermetic studio environment. It’s a very Yin/Yang thing of having this process of quite extreme introversion and then bringing it out to the world I think those two things complement each other brilliantly.” Constantly reacting to and resculpting his vision, Clark’s music is unmistakably his own. A thread of experimentation, fearlessness and unpredictability connecting what may appear to be a divergent catalogue to the uninitiated. In a 2014 Reddit AMA he replied to a question on his creative approach: “Quite often I'll have a plan but it's like it's built on quicksand usually. Computers make it far, far, far too easy to write something that conforms to a vague set of current "trend based" rules. It's so important to subvert that in some way.” Clark was introduced to Warp through a demo tape of early tracks made whilst still a student at home in St Albans, Hertfordshire. So impressed with his grasp of melody and attitude Warp signed Clark and released his debut album ‘Clarence Park’ - under his full name Chris Clark - in April 2001. “The whole ethos behind this era, late teens to early twenties, was short sharp bursts of music making. I would delete the things as soon as I had recorded them to tape, no fussing.” Following 2003’s ‘Empty The Bones Of You’, Clark moved to Brighton and then Birmingham where he collaborated with Broadcast and studied the drums, obsessively practicing for 10 hours a day. His celebrated third album ‘Body Riddle’ saw him display this newly acquired musicianship with prominent use of live instrumentation, albeit highly processed. Now releasing under the mononym Clark, he was forming a true artistic identity. Drowned In Sound recognised this writing “...it is not a by-the-book record, an album owing its existence to the successes of others and holding itself in a wholly imitatory manner”. Pitchfork praised it as “an opus that moved the sounds of Warp’s classic 1990s roster forward, mixing sensuousness and mechanics to create a 21st century cyborg touchstone.” Moving again, this time to Berlin, Clark typified his restless drive for the new with the mechanised crunch of 'Turning Dragon' in 2008. Conceived pre-Berlin, the album cut a human, roughly hewn edge though the city’s techno undercurrent. Arriving just 16 months later, ‘Totems Flame’ saw Clark explore his own voice as an instrument, before journeying to Australia, Berlin, Wales, Brussels, Cornwall, Norway and London to record his most musically diversive album yet. With a range of instrumentation and recording equipment to match his travel, 2012’s ‘Iradelphic’ was in part inspired by his new passion for acoustic guitar, which he played everyday for a year after leaving England. ‘Clark’, the album, draws the threads of this journey together, balancing the divergent mechanical, human, organized, impulsive nature of his work into a singular body. These parallel dimension club anthems are filtered through the Clark lens; spiralling rave chords, hypnotic arpeggios and peak-rave euphoria gifted a new context. Clark has made the inhuman breathe in technicolour, sculpting the function of technology to attain new levels of emotion. Moulding machines into musicians is at the core of Clark’s vision. Album discography: Clarence Park, 2001 Empty The Bones Of You, 2003 Body Riddle, October 2006 Turning Dragon, March 2008 Totems Flare, July 2009 Iradelphic, April 2012 Feast/Beast, September 2013 Clark, November 2014 throttleclark.com facebook.com/throttleclark twitter.com/throttleclark