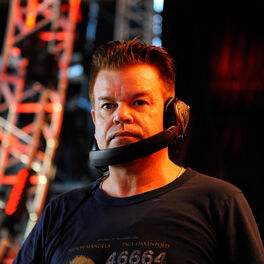 We Are Planet Perfecto, Vol. 5 - Back To My House (Mixed by Paul Oakenfold)

We Are Planet Perfecto, Vol. 5 - Back To My House

A State Of Trance Classics

One of the artists ushering in a new era of house music in the 1980s, Paul Oakenfold went on to become a superstar DJ, remixer, producer and all round legend of Ibiza's dance floors. Starting his mixing career at just 16, Oakenfold was one of the key players at The Project nightclub, one of the first venues to play house in the UK, before making his name in Ibiza and returning to produce the Happy Mondays' classic dance/rock crossover album Pills'n'Thrills And Bellyaches (1990). Under the name Grace, Oakenfold and fellow producer Steve Osborne had chart success with the UK Top 10 It's Not Over (later covered by Klaxons) then - using the moniker Element 4 - his theme tune to reality TV show Big Brother reached Number 4. He worked with Nelly Furtado, Perry Farrell and Tricky on debut solo album Bunkka (2002), before recruiting actress Brittany Murphy, Pharrell Williams and Grandmaster Flash (2006) for follow-up A Lively Mind (2006). Oakenfold's remix of the Elvis Presley track Rubberneckin' gave him his biggest hit to date when it reached Number 5 in the UK in 2003 and he remains the toast of the dance world regularly releasing mix albums, DJ-ing at the planet's biggest clubs, and scoring soundtracks for film and television.