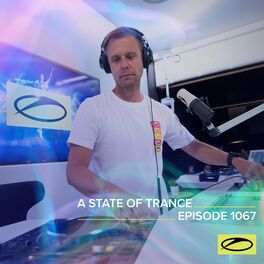 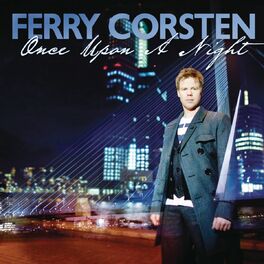 Once Upon a Night (Unmixed Extended Versions)

A pioneering Dutch producer who's been at the forefront of the dance scene since the 1990s, Ferry Corsten helped craft the template for trance music's big soulful synth melodies and hypnotic hedonism, remaining one of the world's most influential, globe-trotting, superstar DJs in the business.

Born in Rotterdam, Netherlands, Corsten discovered electronic music as a child through local radio stations and was an obsessive record buyer in his youth, before starting out DJ-ing at school parties and putting together mixes on tape decks. A record shop in Rotterdam where a young Tiësto worked became a hub for the burgeoning dance community and it was there that Corsten picked up tips from like-minded wannabe producers and released his first hardcore gabber tapes in 1991 with a group of mates who called themselves Spirit of Adventure. Although his heart was always set on creating beats and grooves, his eyes were opened to the euphoric power of music when he began DJ-ing in clubs and by the mid-1990s he was one of the most prolific producers around, releasing tracks under several different aliases, so as to avoid record company hassles.

His early album 'Looking Forward' under the name Ferr showcased his diverse, sprawling range of influences, but it was as Moonman that he got his first major break in 1996 when Radio 1 DJs Judge Jules and Pete Tong started spinning his thumping house track 'Don't Be Afraid' and he began landing spots at London's superclubs. He also set up the label Tsunami Records and, as System F, produced the trance anthem 'Out of the Blue' in 1999 before his remix of William Orbit's 'Barber's Adagio for Strings' went on to reach number five in the UK charts. Other club favourites included the throbbing electro banger 'Punk', the bouncy, synth storm 'Rock Your Body Rock' and a collaboration with Soft Cell's Marc Almond called 'Soul On Soul'; he also scored a hit in Asia in 2003 when he produced the track 'Connected' for Japanese pop starlet Ayumi Hamasaki.

Corsten's Gouryella project has also been a major part of his career, since it first started out as a joint venture with old friend Tiësto in 1999. The pair produced landmark trance tracks such as 'Walhalla' and 'Tenshi' together, but when Tiësto left the partnership in 2001, Corsten continued to remix and record singles under the name, and in 2015 turned the project into a stunning live show which he performed at the world's leading EDM festivals.

Under his own name, albums 'L.E.F.', 'Twice in a Blue Moon' and 'WKND' were full of classic electro journeys and featured guest vocalists Simon Le Bon, Betsie Larkin and Howard Jones. In 2017 he undertook an extraordinarily ambitious new labour of love. Inspired by the prog-rock stage show 'Jeff Wayne's War of the Worlds', Corsten worked with a Hollywood screenwriter to create a sci-fi fantasy world and then turned the melodramatic love story into a mesmerising, electro-trance opera that became double-album 'The Blueprint'. He has also been hosting an interactive radio show called 'Corsten's Countdown' since 2007 and remains at the cutting edge of Europe's trance scene and a major international star on the club and festival circuit.