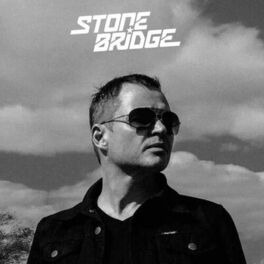 So Good (The Remixes)

Turn It Down for What

A World Without You

A World Without You

I Love 00s | Ministry of Sound

Wasted on You (StoneBridge Remix)

by Nature of Wires

When his father baulked at the cost of hiring a DJ for his sister's graduation party, Sten Hallstrom stepped in with his trusty collection of disco and new romantic records and took his first steps to becoming one of the big figures in Swedish dance music. He spent that summer of 1983 playing events all over Stockholm until he had enough money to open his own nightclub; but it was towards the end of the decade when the house music scene started to boom that he really made his name as part of the SweMix collective and label.

Taking the name StoneBridge (Sten means stone in English and 'bridge' was a term used by early electronic producers), his tracks 'Jazzy John's Freestyle Dub' and 'See The Day' became popular in London clubs; but it was his remix of 'Show Me Love' by Robin S that became a worldwide hit in 1993 and reached number six in the UK charts. He went on to play at the cream of the world's super clubs and remix for pop stars such as Robbie Williams, NSYNC and Will Smith, as well as scoring two UK top ten hits with 'Put Em High' and 'Take Me Away' (both featuring singer Therese Grankvist). His albums of original material, 'The Morning After', 'Music Takes Me' and 'Can't Get Enough', have captured his trademark funky house style, but his remixes have gained the most commercial success and in 2008 he was nominated for a Grammy Award for his radio mix of Ne-Yo's single 'Closer'.