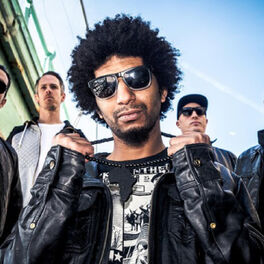 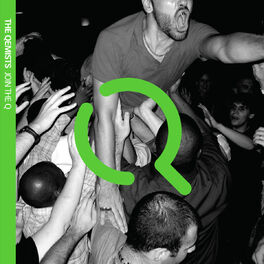 by The Qemists, Enter Shikari

Spirit In The System

by The Qemists, Jenna G

by The Qemists, Devlin Love

by The Qemists, Jenna G

The Qemists are, in many ways, something of a Qonundrum. They’re rock kids seduced by the dancefloor, dance kids equally happy playing live instruments or building tracks on the computer, drum & bass aficionados who believe their hurtling breakbeats sound best under big muscular metallic guitar riffs. On paper, such a sound clash seems like a train wreck in the making. However, pumped as loud as your speakers will allow, or booming through the PA at one of their live shows, The Qemists make glorious sense. Their fearless genre-mashing has already garnered them a sizeable following across the globe, scoring a previous number one album in Japan and playing to audiences of over half a million people in Poland. Warrior Sound has seen the band grow from three to five members, but The Qemists also continue to broaden their sound by teaming up with a diverse range of artists, including Hacktivist on the brilliant up-tempo anthem Jungle. The album also features collaborations with Japanese metallers, Crossfaith, whose singer Kenta Koie features on Anger and UK grime MC Ghetts on No Respect. Now a band of five brothers – Dan Arnold, Bruno Balanta, Liam Black, Leon Harris and Olly Simmons, The Qemists are a real live tour de force. Proof of this has been seen on recent tours with Korn and Enter Shikari, one off shows with the likes of Skindred, and stand-out festival performances at Download, Breakout and Butserfest.