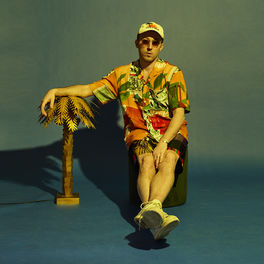 Call Of The Wild (Remixes)

by Agoria, Kid A

Agoria is not like any other rave child. At the beginning of the 90s, he experienced a golden age where history was written with each new evening. Since then, as one of the pioneers who invented techno in France, he has proven himself by escaping from the framework that he himself has contributed to creating and ventured successfully into the universe of cinema, fashion and contemporary art. This desire to compose real music for today, while avoiding the codes that often stifle it, found its peak with the album "Impermanence" in 2011 and even more with "Drift", in 2019. More than any other of his albums, "Drift" confirmed his talent for the sensuality of melodies and modernist productions, without denying his electronic roots. Agoria's desire "to constantly try new adventures", lead him to create the label Sapiens. In 2020 Olivier Van Hoofstadt the director asked him to compose the soundtrack for "Lucky". Agoria also wrote music for the serie by Jan Kounen "The Show". The wealth of experiences lead him to collaborate with the visual artist Philippe Parreno with whom he participated in the writing of the soundtrack for the immersive installation for the Tate Modern. But it was during the last edition of Art Basel, where Agoria, was invited to present his work for the first time. His pieces were hailed by the famous American magazine "Interior Design" as one of the strong points of the '2019 edition. The Agoria story goes on, and he will soon return with another new album