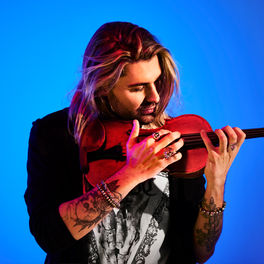 Bring Me To Life EP

Bach On The Beach

Tchaikovsky On The Beach

Bach for the day

The German-born violinist David Garrett was a child prodigy who studied violin at the Lübeck Academy of Music when he was just seven years old and performed his debut concert at the age of nine at the Kissinger Sommer Festival in Bavaria. Garrett was the youngest soloist ever to be signed to the classical music specialists Deutsche Grammophon and began his recording career with at the age of 13. As a teenager he was mentored by the acclaimed Polish violinist Ida Haendel, often travelling around Europe to meet her for tuition. He left home at the age of 17 and enrolled with London's Royal College of Music, leaving after the first term by mutual agreement between Garrett and the college. The young student fared better after enrolling at New York's famed Juilliard School of Music studying under the Israeli-American violinist Itzhak Perlman. As well as becoming an accomplished concert violinst appearing with orchestras such as the Munich Philharmonic and the Berlin Radio Symphony Orchestra, Garrett has developed a successful career as a classical crossover artist playing with his own band. He has been credited with introducing a new generation of younger listeners to classical music through his cover versions of songs such as Nirvana's 'Smells Like Teen Spirit'. Artist biography compiled by BDS/West 10. All rights reserved