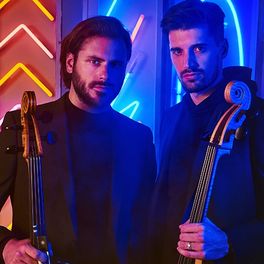 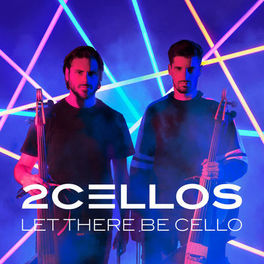 Let There Be Cello

Let There Be Cello

Eye of the Tiger

The Show Must Go On

When I Come Around (Live)

The Study Booster - The Mozart Effect

NOT Your Parents Classical

Songs From The Silver Screen

Croatian cellists Luka Sulic and Stjepan Hauser draw on an eclectic mix of classical, rock and movie soundtracks to create a style that has won applause from audiences and critics around the world. Three of their albums - '2Cellos' in 2012, 'Celloverse' in 2015 and 'Score' with the London Symphony Orchestra in 2017 - topped Billboard's Classical Albums Chart. Trained classically, they learned to play at a young age and studied in England - Sulic at the Royal Academy of Music and Hauser at the Royal Northern College of Music. They pursued solo careers until 2010 when they formed a partnership and signed a recording contract with Sony Masterworks. Their debut album featured covers of rock tracks by bands such as U2, Kings of Leon, Nine Inch Nails and Michael Jackson. Their version of Jackson's 'Smooth Criminal' went to number 26 on the Billboard 200.

On 'In2ition' in 2013, they reimagined numbers by acts such as AC/DC and Coldplay and the album went to number four on the Classical Albums Chart. 'Celloverse' also included an AC/DC song along with new approaches to Iron Maiden and Mumford & Sons. 'Score' featured cues from films and television shows such as 'Braveheart', 'Chariots of Fire', 'Game of Thrones' and 'The Lord of the Rings'. They add drummer Dusan Kranjc on some occasions and they have worked with artists including Elton John, Steven Tyler, Steve Vai, The Red Hot Chili Peppers and T-Bone Burnett. They have toured across South America, Europe, Asia and America with several appearances on television and performances at events such as the Queen's Diamond Jubilee in England.