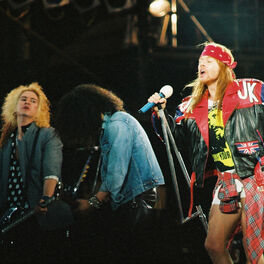 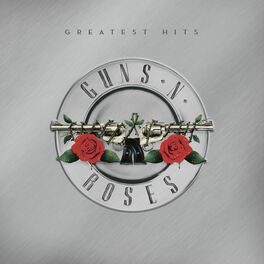 Use Your Illusion II

Use Your Illusion I

Move To The City (1988 Acoustic Version)

Shadow Of Your Love

In a blaze of howling solos, soaring anthems and lurid tales of outrageous behaviour, the sneering LA bad boys injected a visceral dose of sex, drugs and rock'n'roll into the 1980s. Debut album Appetite For Destruction (1987) sold 27 million copies, with singles Welcome To The Jungle, Sweet Child O' Mine and Paradise City announcing a new gang of stadium-filling rock gods. Use Your Illusion 1 and Use Your Illusion 2 were released on the same day in 1991 to give them the top two spots on the US album chart and the single November Rain was the most requested video in MTV history. But, as the hedonism continued, the constant touring left the band on their knees. After a low-key covers album The Spaghetti Incident? (1993), the original line-up crumbled, leaving an increasingly volatile Rose to plod on with a revolving cast of new members. Ten years in the making at a cost of $13 million, the much anticipated Chinese Democracy album was finally released in 2005.