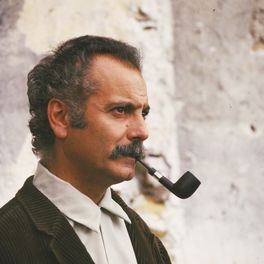 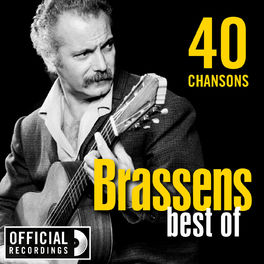 Singer-songwriter and poet Georges Brassens was a French chanteur in the classic style, singing chansons - traditional lyric-driven French songs. Brassens recorded 14 albums in a recording career spanning some 25 years, his final studio album being the 1982 release Georges Brassens Chante Les Chansons De Sa Jeunesse on which the singer covered a number of classic French standards. An anarchist at heart, Brassens went AWOL from a German labour camp in 1943 and, after making his way back to France, took refuge in a working class district of Paris. He planned to hide there until the war was over but he ended up staying 22 years. His wartime experience and his extended stay in Paris shaped Brassens' character and outlook, strongly influencing his writing, which often employed humour tinged with darkness. Brassens went on to become one of France's most acclaimed songwriters and poets and throughout the country there are many theatres, parks and public gardens named after him. He died of cancer in 1981 aged 60. The singer left a legacy of over 200 songs many of which have been recorded by other artists in other languages.