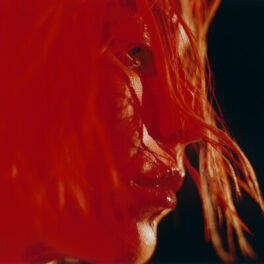 so sad so sexy

No Rest for the Wicked (Remixes)

In The Fade (Original Soundtrack Album)

Lykke Li's parents were both in bands (her mother Karsti Stiege was a member of all-girl group Tant Strul and her father Johan played guitar with punk-reggae outfit Dag Vag) and she was brought up in Portugal, Morocco, Nepal, India and New York, as well as Sweden where she was born.

She was 21 when she recorded her first album 'Youth Novels' in 2008, produced by Bjorn Yttling of the band Peter, Bjorn and John. It won great acclaim, her passionate and idiosyncratic style earning Li comparisons with Bjork and becoming a major hit in Sweden, spending 20 weeks in the album charts. She steadily built a strong indie following in both the US and Europe, with her song 'I'm Good, I'm Gone' featuring in the 2009 movie 'Sorority Row' and 'Possibility' in 'The Twilight Saga: New Moon'. Her cover of Kings of Leon's 'Knocked Up' also gained positive comment and in 2010 she was announced as the official face of the Levis Curve ID Collection with her song 'Until We Bleed' with Kleerup featuring in an episode of TV series 'Misfits'.

Her second studio album 'Wounded Rhymes' was released in 2011, winning immediate critical acclaim. She performed at festivals across Europe and appeared on American TV shows 'The Tonight Show With Jay Leno' and 'The Late Show With David Letterman'. She revealed the title of her third album as 'I Never Learn', eventually releasing in 2014. The album charted at number two on the Swedish Album Charts, number 33 on the UK Albums Chart and number 29 on the Billboard 200. She followed this up with 'So Sad So Sexy' in 2018.