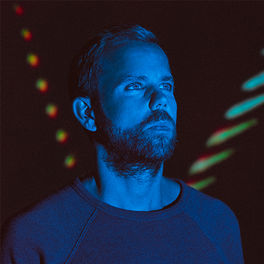 Before The Dawn Heals Us Remixes & B-Sides

Before The Dawn Heals Us

You And The Night

The Los Angeles based synth-pop band is a project fronted by vocalist, song writer and producer Anthony Gonzales. Gonzales formed the band whilst still living in Antibes, France where he was born. The band started out as a duo with Nick Fromageau, a former bandmate of Gonzales from the time when the two men played in the rock band My Violent Wish. After releasing a self titled album in 2001 the record didn't make much of an impression outside mainland Europe until in 2003 when the band's follow up album 'Dead Cities, Red Seas & Lost Ghosts' received widespread critical acclaim in the US. Capitalising on the international interest in the band Mute Records re-issued the first album and it gained the recognition it deserved. After a promotional tour to publicise the second album Fromageau left to pursue a solo project which he named Team Ghost. Gonzales continues to run M83 as a solo venture and has now released seven albums and over 20 singles.