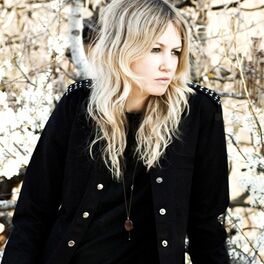 Colours In The Dark

The Naked And Famous

Naming herself after Richard Donner's 1985 fantasy movie, Ladyhawke is one of the few New Zealand artists to have made an international impact. Her mother was a singer/guitarist and her stepfather a jazz drummer, though her upbringing was blighted by prolonged periods in hospital due to allergies and illnesses and at one point she nearly died. In 2006 she was diagnosed with Asperger's Syndrome. After playing in various grunge rock bands, Pip Brown - as she was then - became lead guitarist with hard rock band Two Lane Blacktop and when they split, she left New Zealand and moved to Australia, joining Nick Littlemore (Empire of the Sun and Pnau) in his new project, Teenager. When they split up, she decided to pursue her own solo path and re-branded herself as Ladyhawk, quickly making her mark with the singles My Delirium, since covered by Christina Aguilera, and Paris Is Burning, featured in fashion shows promoted by Chanel and Top Shop.