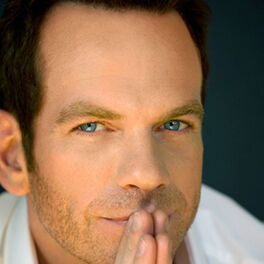 Pierre Garand, more commonly known by his stage name Garou, made his name playing the character Quasimodo in the stage musical 'Notre-Dame de Paris' in the Palais de congrès de Paris. As a child, Garou learned the piano and guitar and then as a teenager played the trumpet in a Canadian military band. His first band Windows and Doors was with school friends, and in the mid-1990s he set up his own band The Untouchables. Alongside his day job, he busked in the streets of Montreal, performing in bars and clubs in the evenings. He was spotted playing in a club by music executive Luc Plamondon and it was this that led to him being cast in 'Notre-Dame de Paris'. The musical was a great success and Garou became well-known. The single 'Belle' from the show, which also featured Daniel Lavoie and Patrick Fiori, reached number one in the Swiss and Belgian singles charts. On New Year's Eve, 1999 he performed a duet of 'Sous le Vent' with Celine Dion in Montreal. This became an international number one hit and led to Garou signing a recording contract.

Garou released his solo debut album 'Seul' in 2000 and it quickly reached the number one spot in the French, Belgian and Polish albums charts. It was multi-platinum selling in several countries, and was the best-selling French album of 2001, reaching diamond sales. It also reached number two in the Canadian Albums Chart. A live version of the album entitled 'Seul. Avec Vous' was also released in this year and reached number three in the French Albums Chart, number five in Belgium and number nine in Poland.

Following this success, Garou released his second album 'Reviens' in 2004. This reached number three in the French Albums Chart, and number one in Belgium and Poland. The single 'La Rivière de Notre Enfance' in 2004 which also featured Michel Sardou was a number one hit in the French and Belgian singles charts. The collaboration with French singer Marilou in 2005 'Tu Es Comme Ça' went straight into the French Singles Chart top ten. In 2006, he released the self-titled 'Garou' which hit number one in both the French and Belgian albums charts. He released his first album in English, 'Piece of My Soul', in 2006, which reached number two in the Canadian Albums Chart and number three in France and Belgium. Later the same year, he released an album of cover songs entitled 'Gentleman Cambrioleur' which reached gold sales. In 2010, Garou performed the song 'Un Peu Plus Haut, Un Peu Plus Loin' at the Winter Olympics opening ceremony in Vancouver, British Columbia. The same year he released the album 'Version Intégrale'.

In 2011, Garou played the main character Zark in 'Le Cirque de Soleil' at New York's Radio City Hall. A second covers album 'Rhythm and Blues' was released in 2012. This reached number two in the French and Belgian albums charts and was certified double platinum in France. In 2013, the album 'Au Milieu de Ma Vie' also sold double platinum in France, reaching number five in the French Albums Chart and number two in Belgium. Garou followed this with a Christmas album in 2014 entitled 'It's Magic!' which also went platinum in France. A third compilation album 'Le Meilleur' was also released in this year, reaching number three in the French Albums Chart and number two in Belgium. In 2019 he released 'Soul City', an album of classic Motown covers.

Garou has also performed in many sell-out tours and concerts throughout France, and has taken part in 'Les Enfoires', the annual charity event, every year for 19 years.