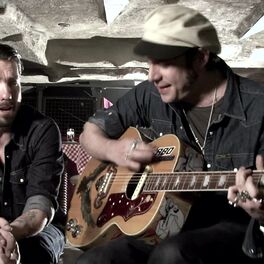 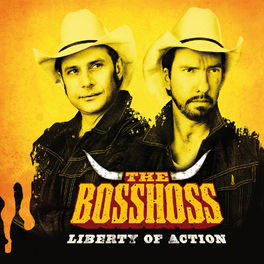 Flames Of Fame (Live Over Berlin)

by The BossHoss, Mimi & Josy

The band's rising popularity led to a recording deal with Universal Music, releasing their first single 'Hey Ya' (a cover of the hit single by OutKast) in 2005. Later that year they released their debut album 'Internashville Urban Hymns' containing covers of The Beastie Boys, The White Stripes and Nelly as well as three original songs written by Hoss Power. The album reached number 11 in the German album charts and was followed by a tour across Germany, Austria, Switzerland and the Netherlands.

The band proceeded to release a series of albums along similar lines, reaching the top ten with 'Rodeo Radio' (2006), 'Stallion Battalion' (2007), 'Do Or Die' (2009), 'Low Voltage' (2010), 'Liberty Action' (2011) and 'Flames of Fame' (2013). They finally reached the top spot with 'Dos Bros' in 2015, reaching number one in both the German and Austrian album charts. In 2017, The BossHoss released their retrospective album 'The Very Best of Greatest Hits (2005-2017)'. They returned in 2018 with 'Black Is Beautiful', an album of originals that reflected a move towards a more serious, earthy blues-rock influenced style. In 2019 the band appeared as coaches on the German TV music competition 'The Voice Kids', releasing the single 'Little Help' in collaboration with winners Mimi & Josy.