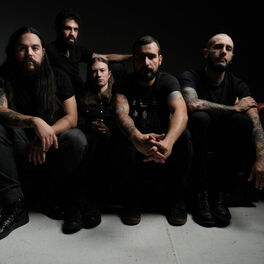 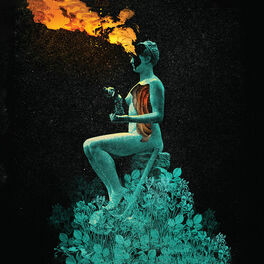 Order of the Mind

Order of the Mind

IRIST. A word that’s not a word. Contained inside, however, are words—rist, iris, and stir—that hold not just heavy meaning but are powerful descriptors that define the boundless potential of extreme metal’s newest and brightest hopeful. Rist is to carve a rune (or symbol) into stone. The concept of permanence and longevity is rife throughout IRIST’s debut album, “Order of the Mind”. The recently formed quintet have, in effect, crafted a debut that will withstand time. An iris can refer to a mechanism that controls light received or a flower that has, since time immemorial, represented courage and wisdom. Indeed, there’s nothing but courage on display by three of IRIST’s five members who traveled from their South American homelands to arrive at, live in, and form a band in Atlanta. To stir is entirely musical. The thrum of heavy emotion imbued into and emanating out of singles “Burning Sage,” “Creation,” and “Severed” is above and beyond the outfit’s mere five years together. At once a representative of contemporary anxiety and old-fashioned aggression, “Order of the Mind” is hewn from the very same things that made SEPULTURA’s “Chaos A.D.”, MACHINE HEAD’s “Burn My Eyes”, MASTODON’s “Crack the Skye”, and GOJIRA’s “The Way of All Flesh” so timeless and irrepressibly great. In short, IRIST’s debut, “Order of the Mind”, is a must-hear. IRIST was formed in the summer of 2015 by Pablo Davila (guitar) and best friend Bruno Segovia (bass). Originally from Argentina and Chile, respectively, both members of IRIST grew up in musical households. Davila, for instance, heard everything from PINK FLOYD to salsa legend Willie Colón. Likewise, Segovia experienced a similar range, from Víctor Jara to DEEP PURPLE. But what really set off the duo’s imagination was witness to SEPULUTRA’s meteoric rise from Belo Horizonte to the world stage. Indeed, they thought: if SEPULTURA had smashed the door into bits by sheer weight of their music alone, then IRIST could too. Quickly, the twosome brought on fellow Atlantans Adam Mitchell (guitar) and Jason Sokolic (drums). But IRIST wouldn’t become IRIST until vocalist Rodrigo Carvalho (vocals), a Brazilian, joined the fold. It was then, after measured improvement as songwriters and an extended courtship with Monte Conner, that IRIST inked the Nuclear Blast deal and the rest is history.