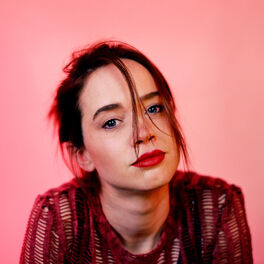 Look at the Earth

Piano pop ballads are the bread and butter of lilly among clouds. Almost unchallenged by anyone in Germany, her ballads are majestic and grand but never brash. Lilly, whose full name is Elisabeth Brüchner, lives close to Würzburg. She could have kept things simple with her second album "Green Flash,” but that was not what she was going for. “My biggest wish for the new album was to get even further away from ballads. At least half of the songs were supposed to be upbeat or somewhat groovy. For me, the ideal concert is a mixture of this - I love rhythm. When we were recording ‘Wasting My Time’ in the studio, the first thing we did was close the lid on the piano and build the whole track around the bass-line. I enjoyed this so much - this is how I want to work!” The “we” she refers to is Lilly and Udo Rinklin (i.a. the producer of No.1 Album "Bleib unterwegs" by Laith Al-Deen), who also produced the lilly among clouds debut album "Aerial Perspective". With her debut album, lilly toured for the past two years, from Viechtach to Sydney and Wuppertal to Austin. They approached the second album hoping to make something "a little less in terms of production but nonetheless amazing.” After a vigorous exchange of ideas and arrangements, this is exactly what they achieved. "Green Flash" is out now.