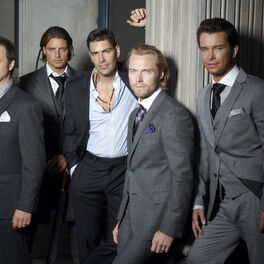 Theatrical manager Louis Walsh decided in 1993 there was a gap in the market for an Irish boyband to rival Take That and advertised for members. Among the 300 applicants were Ronan Keating, Keith Duffy, Mikey Graham, Shane Lynch and Stephen Gately, while sixth member Richard Rock quit before they released a record and they settled down as a five-piece. Their first single, a cover of the Four Seasons' Working My Way Back To You in 1994 charted in Ireland, but it was their second single - a cover of the Osmonds' Love Me For A Reason - which marked their breakthrough in Britain. For the next six years they became prime pin-ups, dominating the charts with massive hits like Words and No Matter What until splitting in 2000. They pursued other ventures and Keating became a solo star, but they reunited with great success in 2007. Stephen Gately died suddenly while on holiday in Majorca in October, 2009. Artist biography compiled by BDS/West 10. All rights reserved