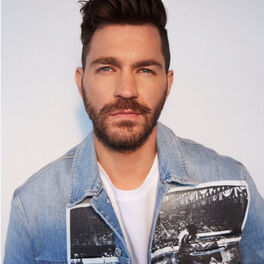 Best of You (with Elle King)

Don't Give Up On Me

We Walk The Line: A Celebration of the Music of Johnny Cash

Andy Grammer is an American pop rock singer-songwriter, the son of entertainer Red Grammer, who took music industry studies at university and started out busking on the streets of Los Angeles. His eponymous debut release in 2011 topped Billboard's Heatseekers Albums Chart and the track 'Keep Your Head Up' (2011) went to number five on the Adult Top 40 and number 21 on the Mainstream Top 40. 'Fine By Me' (2012) reached number ten on the Adult Chart, 'Miss Me' number 15 and 'Back Home' (2014) number 21.