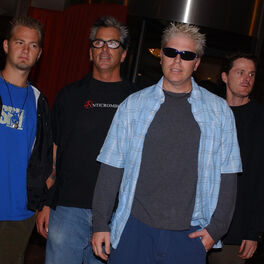 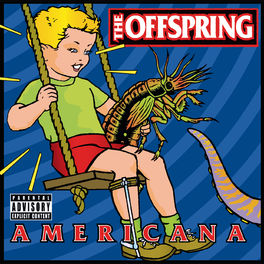 Rise And Fall, Rage And Grace

Ixnay On The Hombre

Get Out and Rock

The Faculty (Music From The Dimension Motion Picture)

I Know What You Did Last Summer The Album

After years struggling on the underground scene, Californian band The Offspings crossed into the mainstream when third album Smash (1994) became the biggest-selling independent album of all time shifting over 16 million copies. Their bouncy, punk-pop fitted well with a wave of post-grunge American rock bands such as Green Day and Blink-182, who were immersed in metal and skate culture, but bubblegum pop friendly enough to appeal to an MTV audience. Signing to Columbia Records, their fifth album Americana (1998) brought the band international fame with single Pretty Fly (For A White Guy) becoming a huge hit and topping the charts in the UK, Australia and Sweden. Early endorsers of the internet, they planned to release Conspiracy Of One (2000) through their website, but were prevented by their record label and instead scored another big European hit with lead single Original Prankster. Later albums Splinter (2003) and Rise And Fall, Rage And Grace (2008) failed to recapture that commercial success but, buoyed by a loyal following, they continue to tour and record regularly.