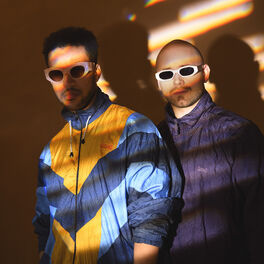 Quarterhead is a multiple gold and platinum awarded writer/producer duo consisting of multi instrumentalists Josh Tapen and Janik Riegert from Germany. Amongst others their works include songs and productions for artists such as Alle Farben, Ofenbach, Lum!x, DubDogz, Yves V, Juan Magan, ILIRA, Benjamin Ingrosso, Robin Schulz, The Backstreet Boys & Jack Curley. After producing and singing on Lum!x’ second biggest international hit „The Passenger“ (with over 60 million streams on all platforms) in early 2020 the duo is currently riding the wave of their constantly growing worldwide hit „Head Shoulders Knees & Toes“ accumulating over 350 Mio streams on all platforms, multiple gold and platinum awards across Europe as well as a Shazam global top 30 ranking and a #8 spot on the European radio charts. "Touch My Body" is their first big single of 2021. Many more to come.