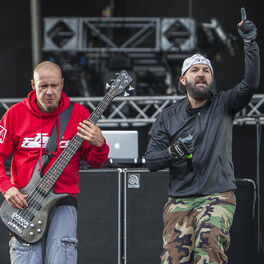 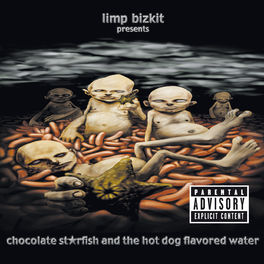 Rock It Out - Rock & Punk anthems

Growing up, few could have imagined Fred Durst would become such an influential and trailblazing rock star. Raised in a church-going family, he joined the US Navy, dropped out of college, got married, became a father and a tattoo artist before linking up with bass player Sam Rivers to launch Limp Bizkit in 1995. Championed by Korn, they released their first album Three Dollar Bill, Y'All$ in 1997. It didn't set the world on fire but they built a solid following with energetic stage shows and an insatiable appetite for touring. An inventive cover of George Michael's Faith appeared on the soundtrack of the 1998 movie Very Bad Things but it was second album Significant Other (1999) that proved their big breakthrough, topping the US album charts (and going on to sell over 16 million records) while uniquely appealing to both the rock and rap fraternities. They even engaged in feuds with rival artists like Slipknot, Creed and Eminem but spent much of the Noughties in semi-retirement as Durst pursued movie opportunities. However, in 2009 they were back on stage and working on a brand new 2010 album.