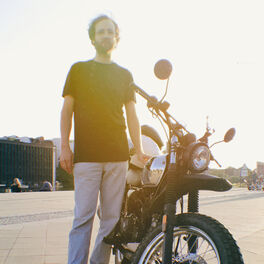 Hate To Say I Told You So

Earth Ran Out Of Disk Space 1

This Amount Of Songs Almost Broke The Internet, Vol. 4

This Amount Of Songs Almost Broke The Internet, Vol. 3

This Amount Of Songs Almost Broke The Internet, Vol. 2

A Couple Of Pop Songs

This Amount of Songs Almost Broke the Internet, Vol. 1

More to Life by Sam Golbach

Andrew Applepie is a German songwriter, musician and producer of experimental electronic music. He began playing instruments and writing songs at the age of 13. He was singer and guitarist of the alternative indie pop band Cat Stash. Andrew Applepie loves creating songs with everything he gets his hands on. He uses all kinds of instruments, ranging from familiar choices like guitar and drum machines, to exotic contraptions he picked up while traveling, to all the stuff you would find in a kitchen. Although some of his songs appear to have the feel and structure of sampled hip hop beats, he only uses parts he has played or recorded himself. His unique style transpires his charm, whits and happy nature, bringing an organic sound and laid back timing to electronic music. Several vloggers like New York „YouTuber of the Year 2016“ Casey Neistat, Mark Rober from California or PointlessBlog from London with several million YouTube subscribers are regularly playing Andrew's tunes in their videos. An even extremely higher number of small, unknown YouTubers from numerous coutries keep usings Andrew's tracks. Especially this combination helped Andrew Applepie's music spread very quickly and internationally, so that he actually has an audience all over the globe by now.