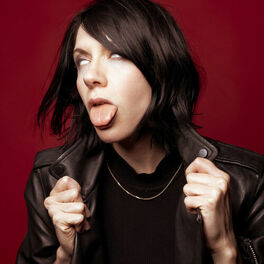 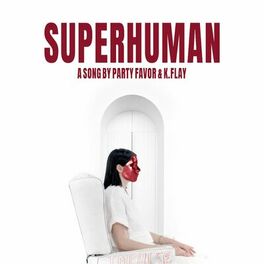 Every Where Is Some Where

Life as a Dog (Deluxe Version)

Every Where Is Some Where (Deluxe Version)

Life as a Dog

Every Where Is Some Where (Deluxe)

Don't Judge A Song By Its Cover

What If It Is

Stupid Is As Stupid Does (feat. K.Flay)

Forgot How To Dream (feat. K.Flay)

Favorite Color Is Blue (The Remixes)

by Louis The Child, K.Flay

by Louis The Child, K.Flay

The Way of the Intercepting Fist

Rap artist K.Flay is one of the more unusual rap artists to have emerged from America in recent years; she's white, middle class and female putting her at the opposite end of the spectrum from the stereotypical rap performers. K.Flay is the stage name for Kristine Flaherty who was born in 1985 and brought up in the quiet suburb of Wilmette, a small town just 14 miles north of Chicago. Flaherty read psychology and sociology at Stanford and describes her experiences there as being influential in shaping her future musical style.

She began her performing career by writing parodies of rap songs stating at the time that the rash of hip-hop music in the States was "simplistic, misogynistic and formulaic." She signed a deal with RCA forging a professional relationship with the Prodigy's Liam Howlett who produced her initial EPs released on the label. Flaherty didn't settle comfortably into the big label music culture however and left RCA describing her time at the label as an "an ill-advised marriage."

Since leaving RCA, Flaherty's musical style has matured and expanded and she confidently manages to straddle the genres of both rap and rock, with her 2016 single 'Blood in the Cut' nominated for Best Rock Song at that year's Grammy Awards.