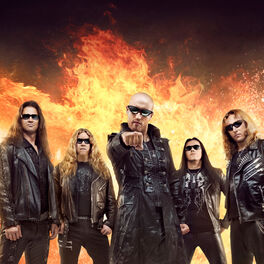 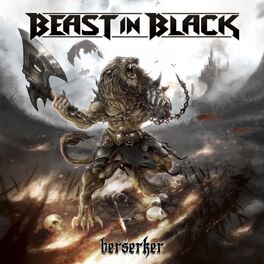 From Hell with Love

Indulging in power metal anthems that made legends of Judas Priest and Iron Maiden in the 1980s, Finnish thrashers Beast In Black also occasionally lump Italo-disco keyboard melodies into the mix with scowling menace and colossal, grunting riffs. Anton Kabanen formed his first band Battle Beast in 2005 while still in high school and was the main songwriter and lead guitarist for ten years as the Helsinki metal favourites landed a deal with Nuclear Blast Records and went on to tour Europe with Nightwish and Sonata Artica, releasing a popular third album 'Unholy Savior'. Relationships soured though, and in 2015 Kabanen was unceremoniously kicked out of the band after a gig in Amsterdam, further angered when he discovered that he was not legally entitled to keep the band name he had created.

He soon dusted himself down and recruited bassist Mate Molnar, drummer Sami Hanninen and Amberian Down guitarist Kasperi Heikkinen to form Beast In Black, who were named as a tribute to Kabanen's musical past and as reference to a Japanese manga series called 'Berserk'. The line-up was completed when they found videos of Greek singer Yannis Papadopoulos performing on YouTube and convinced him to join and their debut album 'Berserker' in 2017 was full of symphonic, turbo-charged metal screeches and medieval fantasy romps. They also supported W.A.S.P., Nightwish and Saboter on tour and picked up new drummer Atte Palokangas, before follow-up 'From Hell With Love' in 2019 which included power ballads, head-banging thunder and giant, glittering Euro-pop crescendos.