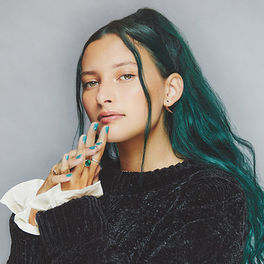 Ideas (End of the World Remix)

Dance in the Dark

Things I Wanted To Tell You

Jamie Lou Stenzel, who goes by the name Au/Ra, is a pop singer who was born on Ibiza, Spain, but grew up in Antigua, the daughter of German music producer Torste Stenzel. She began singing professionally as a teenager and from 2016 released electronic music singles such as 'Jungla de Asfalto', 'Kicks' and 'Concrete Jungle'. She has released two EPs, 'Outsiders' (2017) and 'X Games' (2018). She featured with Tomine Harket on Alan Walker's 2019 track 'Darkside', which topped the Norway singles chart. Her 2018 track 'Panic Room' with CamelPhat went to number one on the Austria club chart and number 30 on the Official U.K. Singles chart. In May 2019, she released a new single and video titled 'Assassin'. Her 2019 schedule was to include appearances at venues in Brighton and London, England, and Paris, France.