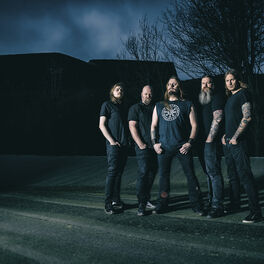 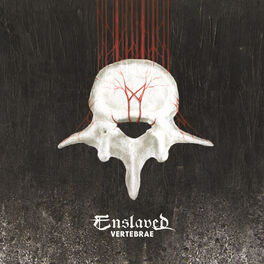 Part of the second wave of Norwegian black metal acts who emerged in the 1990s, Enslaved grew into a mighty beast of a band with expansive progressive rock influences and references to mythical Norse folklore. Growing up listening to Iron Maiden and Nazareth records, front man Grutle Kjellson and guitarist Ivar Bjornson were teenagers when they formed the band and on 1994's debut album 'Vikingligr Veldi' they sang mainly in Icelandic in order to create a feeling of olde world Viking adventure. Though the band dealt in heavy roaring riffs and growling metal thunder, their love of King Crimson and Pink Floyd marked them out from the crowd of Satanic thrashers and their album 'Mardraum - Beyond the Within' in 2000 was anepic cauldron of complex, meandering myths and aggressive, purging nihilism.

Later records 'Isa', 'Vertabrae' and 'Below the Lights' were also highly regarded works of extreme, progressive metal and their complex song structures and explosive, raw power made them important stand-out figures on the scene in Europe. They celebrated 20 years as a band with a large tour of North America in 2011 and released their 13th studio album 'In Times' in 2015.