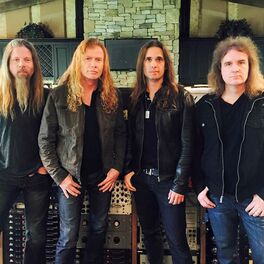 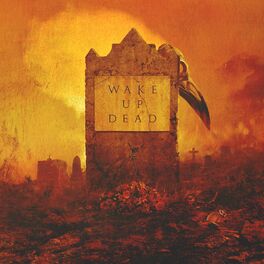 Greatest Hits: Back To The Start

The World Needs a Hero

Megadeth released their first album 'Killing Is My Business... and Business Is Good' in 1985, featuring a controversial speed metal version of Nancy Sinatra's 'These Boots Are Made for Walking' and went on to make the influential 'Peace Sells... But Who's Buying?'. Although their development was blighted by internal problems, personnel changes and health issues, they had a best-seller in 1988 with 'So Far, So Good... So What?' which included one of their most acclaimed tracks 'In My Darkest Hour'. A newly temperate Mustaine broadened the group's style and attracted new audiences through the 1990s reaching number two in the US charts with 'Countdown to Extinction' in 1992, ending a long-running feud with Metallica when they appeared on stage together.

In 1997 Megadeth had their biggest hit single 'Trust' from the 'Cryptic Writings' album, but Mustaine disbanded the group in 2002 after suffering nerve damage to his arm. He later recovered to reunite the group for 'The System Has Failed' in 2004 following it with 'United Abominations' (2007) and 'Endgame' (2009).
As part of the Sonisphere Festival in 2010, the so-called big four - Megadeth, Metallica, Slayer and Anthrax - all played together on a landmark bill. Megadeth released their 13th studio album titled 'Thirteen' in 2011, their first in ten years. The lead single 'Public Enemy No. 1' was nominated for a Grammy Award and, soon after, Mustaine announced that after a short time they were venturing back out on the road.

They re-released 'Countdown to Extinction' on its 20th anniversary in 2012 and went on tour to perform the album in its entirety. 'Super Collider', their 14th album, came in 2013 to a number six position debut on the Billboard 200 chart, succeeded by the following album 'Dystopia' in January 2016 which reached number three on the Billboard 200. Prior to this release, the band faced line-up changes with drummer Shawn Drover and guitarist Chris Broderick parting ways from the band, with Lamb of God's drummer Chris Adler and Angra's guitarist Kiko Loureiro taking their places. Later in 2016, Adler was replaced by former Soilwork drummer Dick Verbeuren.

In 2019, Mustaine selected 35 remastered tracks to compile the Greatest Hits album 'Warheads On Foreheads', with Megadeth's 16th album to follow in the same year.