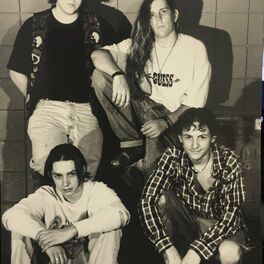 What's In The Eye

The band were successful at a local level and regularly performed to crowds of over 1,000 people in their home town. Grey Daze released two full-length albums between 1993 and 1998, 'Wake Me' and '...No Sun Today'. The band split following frontman Chester Bennington's decision to leave and form Linkin Park.

In 2016, Bennington reached out to drummer and friend Sean Dowdell interested in getting the band back together. He suggested re-recording the band's material and performing some reunion shows, and plans were in place for the band to rehearse before Bennington's death in July 2017.

After an extended period of grieving, Dowdell (with the blessing of Bennington's widow Talinda) decided to persevere and release compilation 'Amends' in spring 2020, featuring the frontman's original vocals with contributions from members of Korn, Bennington's son Jaime and others.