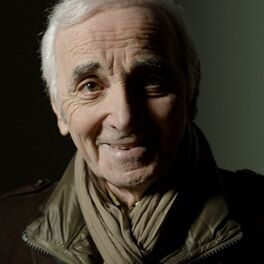 The son of Armenian immigrants to Paris, Charles Aznavour is one of the most successful French artists to date, achieving huge success in the international arena. Apart from his big hits She and Dance In The Old Fashioned Way, he has written musicals, appeared in over 60 films, made over a hundred records and written more than a thousand songs. His father sang in restaurants, his mother was an actress and the young Aznavour dropped out of school at the age of nine to pursue his dream of a career in entertainment. His big break came in 1946 when he was discovered by Edith Piaf, who took him on tour with her across France and the USA and he was dubbed the French Frank Sinatra. His songs have been covered by a broad selection of artists, from fellow French star Mireille Mathieu to Jack Jones - who recorded an entire album of Aznavour songs - and Elvis Costello, who had a big hit with a cover of She. His popularity continued through the 2000s when he had another hit with the Duos album, featuring collaborations with Celine Dion, Placido Domingo, Laura Pausini and Josh Groban. Aznavour continues to perform well into his eighties and had further success in 2011 with the Aznavour Toujours album. Artist biography compiled by BDS/West 10. All rights reserved